The word Calendar comes from the Latin “calendarium”, a name given to books utilized for tracking payments and recording time. The first day of each month was called by the Romans kalendae or calends, day when the debts were due. There are currently several calendars utilized worldwide, the Gregorian calendar being the most commonly used.

All calendars refer to a cycle, and the way of dividing the cycles themselves differs.

The Gregorian calendar is a solar calendar of 365 days divided in 12 irregular months of 30-31 days each and February with 28 or 29 days (referring to a Leap year every 4 years, excluding centuries that cannot be divided by 4).

Pope Gregory XIII modified this calendar in 1582 as a reform to the previous Julian calendar. When adding the month of July (by Julius Caesar) and August (Augustus Caesar), the sequence of names lost their meaning.

Did you know that September comes from septem, which means seven in Latin, and it refers to our 9th month? The same happens with October from octo (eight), our 10th month; November from novem (nine), our 11th month, and December from decem (ten), our 12th month… Interesting, right?

Although we take this calendar for granted as a way to regulate and organize our society, in reality it doesn’t have any correlation to nature’s cycles and even the names are wrong.

One Year equals to 365 days, the time it takes the Earth to orbit around the Sun.

The cycle of the moon orbiting around the Earth is 28 days, an average of the synodic cycle (29.5 days between new moon to new moon) and the sidereal cycle (27.1 days until the moon reappears in the same place in the sky). 28 days also refers to the female biological cycle.

Lunar calendars have been used in ancient times by different cultures and in various modalities. In its modern version, as conceived by Dr. José Argüelles, the 13 Moon Calendar is known as a synchronometer for tracking synchronicity and each moon has the name and characteristics of the Tzolkin’s 13 Lunar Tones.

Beginning of the Year – July 26

Every year, our Sun rises with the brightest star, Sirius, on July 26th. This is the day when the modern 13 Moon calendar starts. It is believed that on this day our planet receives intense light and cosmic energy that accelerates our evolution.

The 13 Moon calendar runs from July 26 to July 24 every year and, when synchronized with the Tzolkin, the energy for that particular year relates to the Kin that falls on July 26.

July 25 is known as the Day out of Time, representing a day of transition between the old and the New Year.

It is also know as the Green Day, Day of Universal Forgiveness and Day of Purification. Since 1992, this day is annually celebrated as “Planetary Peace through Culture”, dedicated to ceremonies, artistic expressions and creativity. People get together all around the world to enjoy outdoor activities, listen to music and just share a special day.

As July 25 does not belong to any moon or week in the 13 Moon calendar, this day is an opportunity to truly experience timelessness and freedom. We are invited to reflect, meditate, practice forgiveness, and prepare ourselves for the new cycle to start.

The real duration of a solar year is around 365.25 days. In order to synchronize it with the astronomical and seasonal cycles, the Gregorian calendar adds an additional day every 4 years, which means that every 4 years the length of the year is 366 days instead of 365. This additional day is added as February 29 and the 366-day year is called a Leap year. This norm excludes centuries that cannot be divided by 4.

The 13 Moon calendar does not recognize February 29 as an extra day. Within the 13 Moon Calendar, this additional day is called 0.0.Hunab Ku, which repeats itself every 4 years between days 22-23 of the Galactic Moon and can be considered as an extra day out of time. 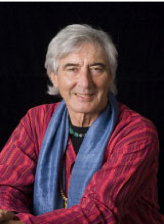 Dr. José Argüelles (bio), founder of the Planet Art Network and the Foundation for the Law of Time, identified two time frequencies:

While the 12:60 frequency is based on an artificial time, the irregular and illogical 12-month Gregorian calendar combined with the 60-minute mechanical hour, the 13:20 frequency states that a calendar based on natural cycles becomes an instrument of synchronization.

If you are interested in learning more about the 13 Moon calendar, visit www.lawoftime.org. You can get the calendar here and download it free on their website.

Uses free will to make conscious and wise choices

Feels a victim or doesn’t take others into consideration

Takes care of others, but not of itself

Honest and expresses itself authentically

Has difficulty in speaking its truth

Uses intuition and imagination to manifest

Has difficulty in attracting an abundant life

Blossoms into greatest potential with intention

Sheds the old to live with passion and vitality

Tends to get analytical and too energetic

Bridges the worlds by surrendering to its true path

Has difficulty in letting go of, forgive and close cycles

Has a holistic approach to health and wellness

Feels off balance and can’t get things done

Tends to be idealistic and perfectionist

Seeks wellbeing and allows itself to just be

Lives a heart-centered life with compassion

Loves to have fun and be easy-going

Can’t explore within and carries a heavy ‘backpack’

Feels self-confident to create anything it wants

Expands its vision and sees the big picture

Gets overwhelmed and caught in details

Sets clear goals and is fearless to pursue them

Gets trapped in self-doubt and lacks flexibility

Uses discernment to keep what it wants

Sees transitions as opportunities to grow

Has clarity in its path and shines brightly

Gives its power away feeling disempowered

Feels one with Nature and has strong roots

Has difficulty to be present and connected